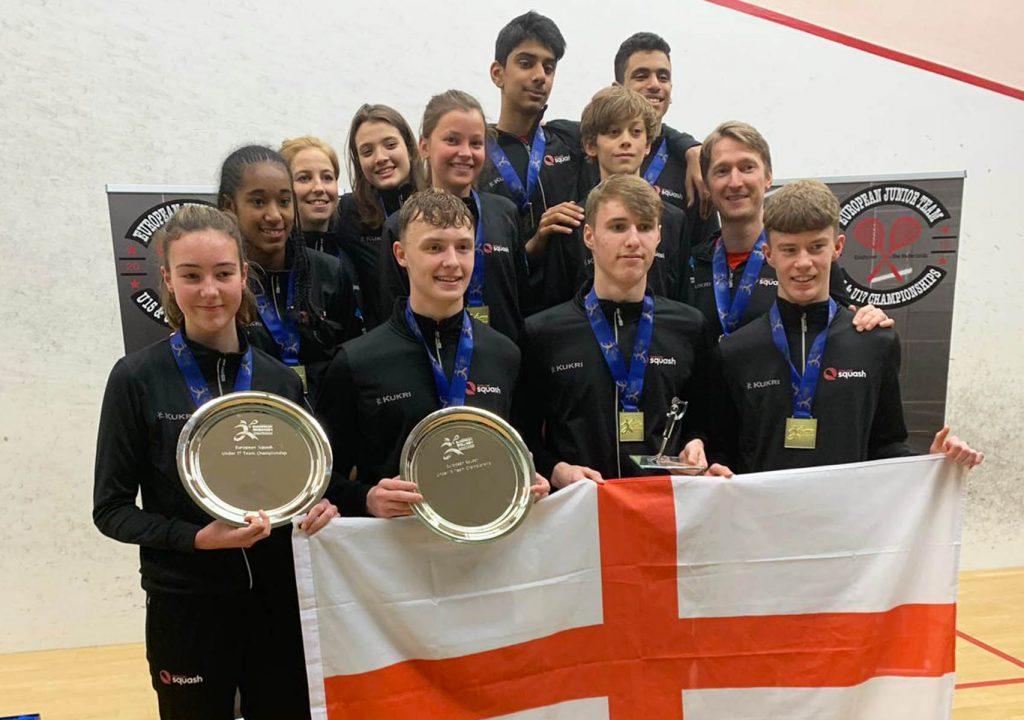 Young Kenilworth star Abd-Allah Eissa was in action for England for the second time in two months as he took his place in the side for the European U15 Championships In Eindhoven.

The team breezed through the pool stages to set up a last eight clash with Scotland, a match they won through 2-1. A 3-0 win against hosts Holland leading to a showdown with Ireland, another 2-1 win here saw them crowned champions.

“It’s a fantastic achievement to defend the titles. Ireland and France were tough opponents and ran us very close at points. Our juniors showed mental resilience and played proactive squash in tough conditions.”

A full report can be found here.