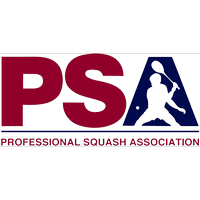 A superb finale to a great week of Squash as Jan Van Den Herrewegen made it a hat-rick of titles at the Sutton Coldfield International in a thrilling final against Jaymie Haycocks. An expectant crowd were split with their predictions in the build up with a couple of small wagers being placed on the final score!

The showdown gave us the two stand out players of the tournament who had both been in superb form throughout the event. The standard of squash from the outset was incredible, Jaymie perhaps slightly controlling more of the rallies but Jan’s exceptional court coverage and countering ability levelling it out. Jan snuck ahead to 10-9 before a reverse boast into the tin lost him game ball. Haycocks went on to lead 11.10 before an error of his own again levelled things up A stroke against Haycocks and another error Haycocks error sealing the first game for the Belgian.

Van Den Herrewgen was high in confidence in the second and Haycocks perhaps not quite as assertive as he quickly found himself 6-2 down. He recovered will to 6-6 and was making Jan use all of his movement and agility to stay in the rallies. From here Jan always seemed to get that one extra ball back that forced Jaymie to go for something special, number of his shots just clipping the tin to hand Jan a 2-0 lead.

Haycocks was clearly not giving in just yet and came back with some superb squash in the third, making Jan work exceptionally hard and cutting down on the error count to lead 10-7. Two quick Jan winners helped him to 10-10, where a reverse boast and another superb winning shot took him on his third PSA title at Sutton Coldfield.

Credit must be given to both players on what was a very fair match, played in great spirit between these two friends and training partners. Thanks to Oliver Fincher of our title sponsor Aston and Fincher without who this event wouldn’t be possible.

Route to the title:

Congratulations also to Sarah-Jane Perry who came out on top in our one game shootout exhibition event, getting the better of Stuart Macgregor 15-14 in what was to be the deciding match.