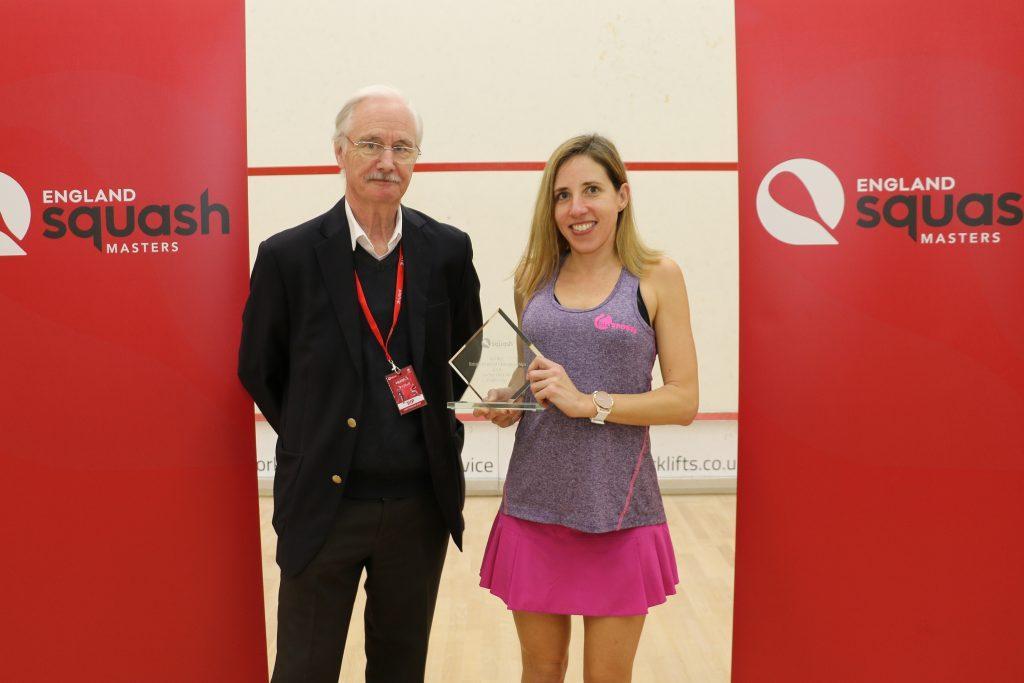 Kenilworth’s Natalie Townsend and Leamington’s Geoff Redfern were both on top form as they made the finals of the 2019 British Masters Championships.

Coming into the event on the back of a hugely successful season, Redfern was seeded 2nd in the men’s O65 event. He had to come through a gruelling encounter in his first match against Edward Winter (Yorkshire), squeezing home 16-14 in the 5th!

More routine victories followed against Joe Richardson (Berkshire) and Ian Holmes (Northamptonshire) to set up a final with top seed Stephen Johnson of Lincolnshire. Johnson proving too strong on this occasion but a great tournament for Redfern.

Townsend got off to a strong start in her Ladies O40 campaign, taking out Alexandra Perry (Oxfordshire) in straight games. Next up was a semi-final against Surrey’s second seed Vix Smith who had beaten the Kenilworth player comfortably earlier in the season. Putting in her performance of the season, Townsend managed to turn the tables and win in three tight games.

Her opponent in the final was Nicky Green (Norfolk) who had herself caused an upset in the semi-finals by taking out the top seed. In a very tight match it was Green who just managed to edge it in four.