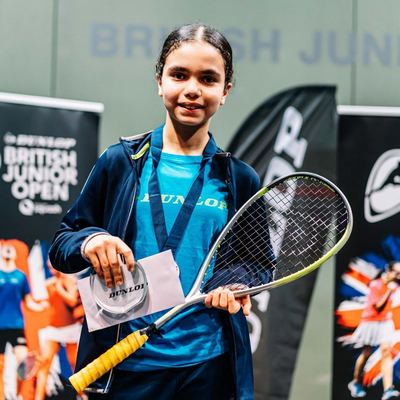 Silver for Mariam Eissa at the BJO

Freedom Fitness junior Mariam Eissa capped off a excellent tournament by taking the silver medal at the British Junior Open at the start of January. The event was again held in Birmingham at Edgbaston Priory Club, Birmingham University, Solihull Arden and West Warwick’s.

Competing in the Girls U11 event, the Warwickshire youngster was seeded second and beat a trio of Egyptain opponents to make it through to the final against Malaysia’s Harleein Tan. Tan had beaten Egyptian top seed Jana Mohamed in straight games in the semi finals. Despite pushing her opponent very close in the second and third games, Eissa lost out a tight 6-11, 9-11, 10-12.

Congratulations on a great week Mariam!