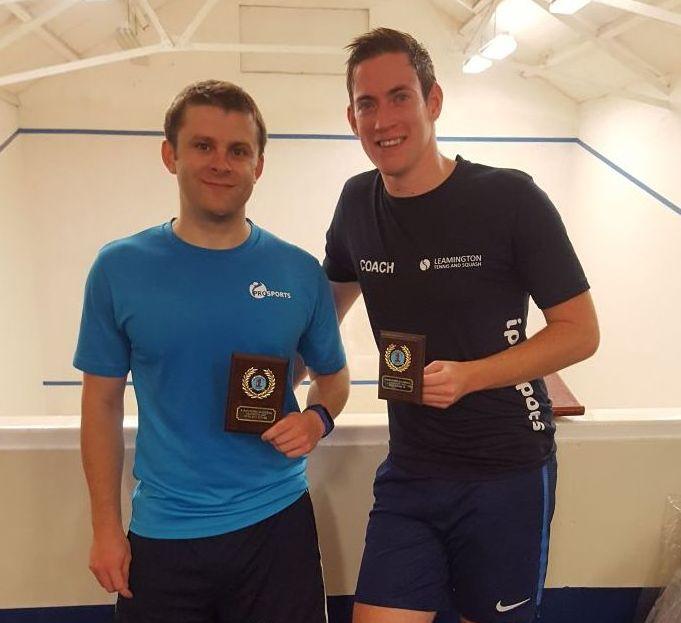 The 2017 Squash 57 County Championships were held at Coventry and North Warwickshire Squash Club over the weekend. Categories included the Men’s Open, Men’s Over 40, Men’s Over 50 and Men’s Over 60.

In the main event the semi final line up comprised of top seeds Chris Hall (Sutton Coldfield) and Jason Pike (Leamington) up against Tom Perry and Joe Faulkner (both Kenilworth) respectively. Despite putting up a good fight the Kenilworth players couldn’t quite do enough to upset the seedings. The final saw some high quality play and extremely competetive rallies, both players working hard to create an opening. It was Hall who always had a slight edge to take the title in straight games.

The Men’s Over 40 category saw tournament organiser and Coventry head coach Mo Sarwar come out on top with Jamie Jones (Sutton Coldfield) having to settle for second place. Mo showing some great control and touch at the front of the court to outdo his younger opponents.

Jon Summers (Ardencote & David Lloyd) and Darryl Grayston (Sutton Coldfield) put on a thrilling finale to the Men’s over 50 event, a real ding dong battle with several shifts in momentum. In the end it was Jon’s athleticism that just had an edge over Darryls’s racket skills in the final game to take a 3-2 win.

Daljit Nahil (Coventry) took the honours in the Men’s over 50 plate, beating Wayne Downes (Freedom Leisure) in the final.

The Men’s over 60 final was an all Coventry affair with Gordon Douglas proving too strong for John Hill, using his powerful hitting to good effect on the way to victory. 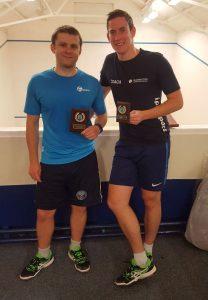 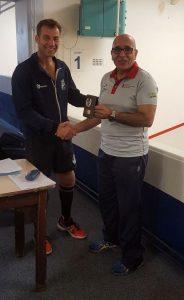 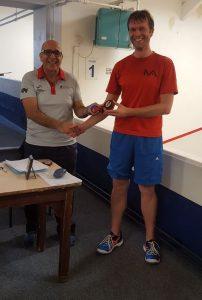 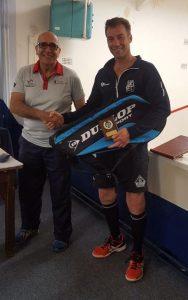 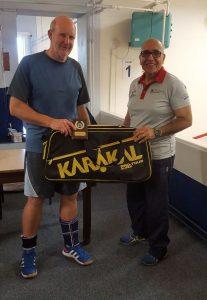 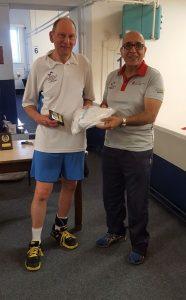