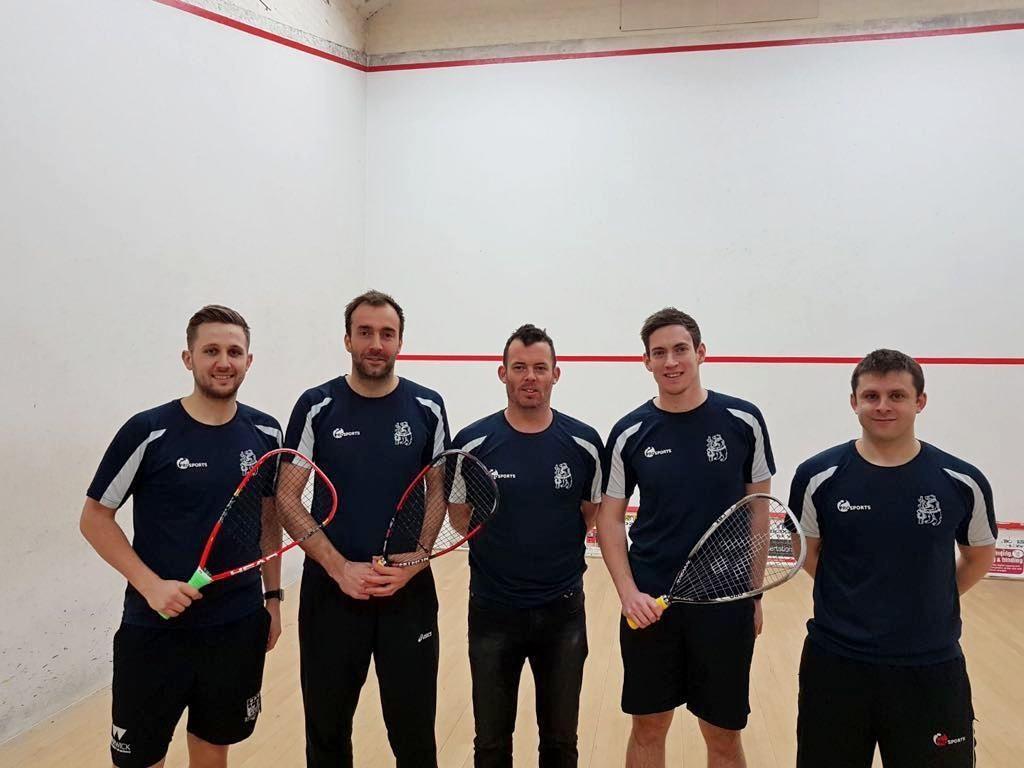 The Warwickshire Squash 57 team travelled down to Surbiton last weekend to take part in the National Inter-County finals. The semi final line up saw them drawn against Dorset whilst reigning champions Devon were up against hosts Surrey.

First on for Warwickshire were Mat Holt at 5th string and Jason Pike at 3rd string. Mat Using all of his speed and court coverage to win in 3 close games against a skilful opponent. Jason found himself at one game all before moving ahead to win 3-1 over a talented player. Next up were Nick Staunton at 4 and Guy Pearson at 1; Nick perhaps slightly impatient and trying to win the rallies too early as he suffered a 3 game defeat. Guy having too much racket skill for his steady opponent who had no answer to Guy’s range of shots. Chris Hall was on last at number 2 string and secured a comfortable 3 game victory.

Devon were to be the opposition in the final having gone to the wire against Surrey in their semi final, sneaking a 3-2 win. With current National champion Mike Harris in their line up it was always going to be a tough test. Pike came through a bruising encounter to score an excellent 3-1 win, using all his court craft afetr recovering from illness earlier in the week. On the other court Holt lost out to a more consistent opponent in 3 close games. In what was the match of the weekend, Pearson took on Harris in front of an impressed crowd. A close first game went to Harris before Pearson dominated the second to draw level. Harris perhaps reaping the benfit of his full time training to move ahead and take the match 3-1. Staunton improved measurably from the mornings match, working hard before succumbing to a 3-1 loss. With the match already lost Hall took a 3 game victory against an entertaining Luke Bishop.