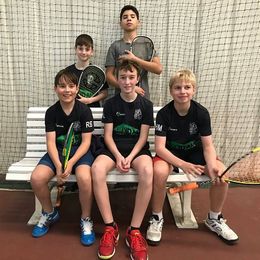 Back in November Warwickshire sent seven of our junior teams to round 1 of the junior inter county championships, held in Sheffield. All of our teams performed superbly and showed fantastic team spirit over the course of the weekend. A big thank you to all of our team managers who organised the teams and parents for their support.

3-0 wins against Lincolnshire and Lancashire, a 1-2 loss to Yorkshire. Through to the finals.

3-0 wins against Leicestershire and Cheshire. Through to the finals.

5-0 wins Lancashire, Durham & Cleveland and Lincolnshire . The boys have qualified for the finals.

5-0 wins against Lincolshire and Northumbria. Through to the finals.

5-0 wins against Lancashire and Northumbria and a 4-1 victory over Cheshire. Through to the finals.

Wins over Durham and Cleveland (3-2) and Worcestershire (5-0), a narrow 2-3 defeat to Lincolnshire meaning the boys just missed out on the main finals but are through to the trophy finals.

5-0 wins against Worcestershire and Durham and Cleveland. Through to the finals.