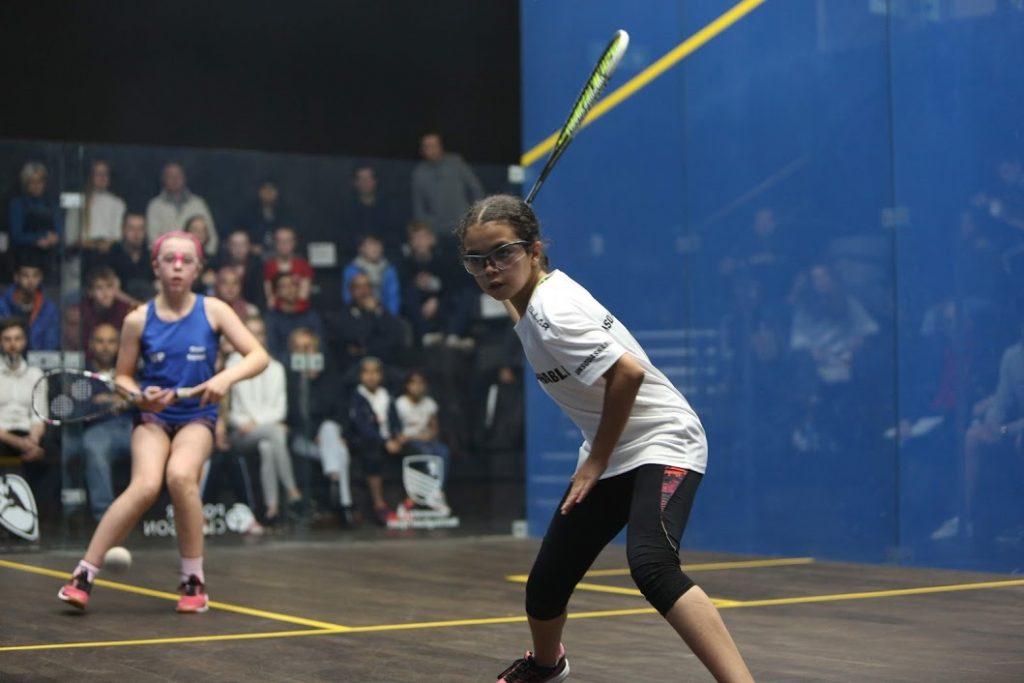 Warwickshire had four finalists at the British Junior Championships held in  Nottingham over the weekend. Kenilworth’s Mariam Eissa was in impressive form to claim the GU11 title with her brother Abd-Allah coming incredibly close to making it a family double in the BU13. There was success also for Edgbaston Priory duo Lewis Anderson (BU19) and Meha Shah (GU13) who both reached the final of their events.

Mariam beat fellow Warwickshire player Ameerah Ismail 3-0 in the quarter finals before taking out Yorkshire’s Jaspreet Kaur Nahal in the last four, also in straight games. In the final she faced top seed Emily Coulcher-Porter and started strongly to take the first game, before being pegged back to 1-1. From here she stormed ahead to take the next two games 11-7, 11-1 to claim her first national title at only 9 years of age.

Abd-Allah was seeded to make the semi-fnal and cruised thorugh to this stage with three comfortable wins, to set up a meeting with second seed Alexander Broadbridge from Hampshire. Eissa upseting the seedings with an 11-2, 11-2, 11-6 win over the 2nd seed. The final was always going to be a nail biter against top seed Yusuf Sheikh from Essex. Eissa started strongly to take a two game lead before Sheikh fought back to level proceedings and eventually take the fifth game 11-5.

Meha began her campaign with a straight games win, then taking four games to come through in her quarter and semi-final wins against Isabel Sargent (Cheshire) and Charlie McCcrone (Lancashire) respectively. She put up a strong performance against top seed Amelie Haworth (Hampshire) in the final but Haworth proved too strong on the day.

Lewis was coming into the championships on the back of an impressive run which had included winning the Dutch Junior Open. He justified his 3/4 seeding with four game victories over Nicholas Harbour (Oxfordshire) and Ben Sockett (Yorkshire) to line up a clash against second seed Jared Carter from Hampshire. The first two games were split before Anderson took control to seal another four game win. The final would be a tough affair against Yorkshire’s Nick Wall who took the first game before Anderson fired back to take the second and third. Top seed Wall was able to turn things around to lavel the match and take a tight fifth game 11-9.

Well done to all of the other Warwickshire players who competed!