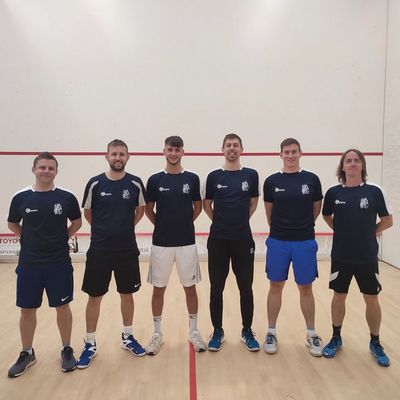 Warwickshire Racketball team have won the National title at the inter county championships held at Nottingham Squash Rackets Club earlier this month. Victories in the group stage against Leicestershire, Dorset and Shropshire set up a final against defending champions Devon. Despite Miles Jenkins going down 3-1 to nation champion Mike Harris in an 80 minute tussle, the rest of the team were able to claim victories to take them to the title. Congratulations to the whole team!