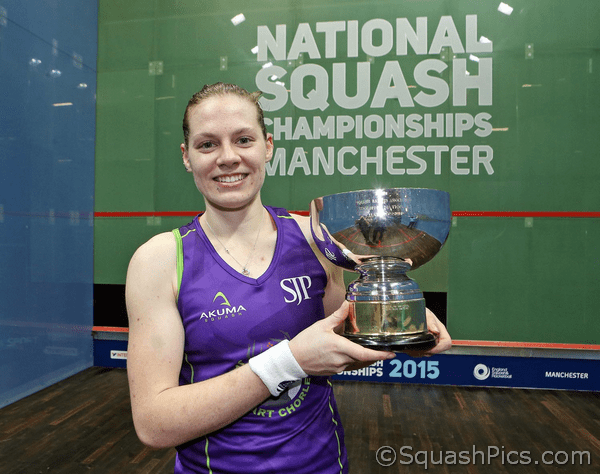 Sarah Jane Perry won the Women’s British National Squash Championships in February 2015 beating Alison Waters in the semi final, the number 2 seed and followed up beating the number 1 seed,Laura Massaro. No mean feat as Laura was a former World Champion and winner of the British Open.