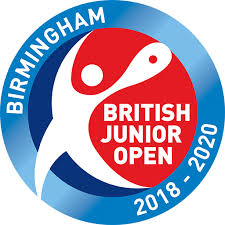 The championship is one of a series of events including the 2018 World University Squash Championship, the 2019 European Team Championships and Premier Squash League to raise the awareness of the sport in the region and to establish the West Midlands, once again, as the home of squash. Squash is also a core event in the Commonwealth Games and Birmingham’s strong bid for 2022 will be supremely enhanced by hosting these events.

The British Junior Open is the most prestigious junior squash event in the world. It has been held in Sheffield for the last 22 years, however, the Edgbaston Priory Club and the University of Birmingham have collaborated to successfully bid to England Squash for Birmingham to have the opportunity to host it for the next three years.

The event takes place annually at the start of January. The 2018 dates are Wednesday 3rd to Sunday 7th January. The scale of the event requires the use of four venues in Warwickshire: Edgbaston Priory Club (8 courts), University of Birmingham (6 courts), Solihull Arden Club (4 courts), West Warwickshire Club (3 courts). An all glass show court with seating for 400-500 will also be erected at the University of Birmingham.

The Championships attract 450-500 players, 250 coaches and parents from over 30 nations. It has a waiting list, so we aim to introduce an under 11 category in 2018 and in future years expand on draw sizes.

The championship is played on a monrad basis playing on at least four days. It is expected that 80-85% of participants and spectators will stay in the city for four to six nights.

It is a core aim to create a legacy of increased junior and adult participation, volunteers and qualified referees from hosting the event.

Within the area we are keen to find some potential sponsors and volunteers to help the event run smoothly.