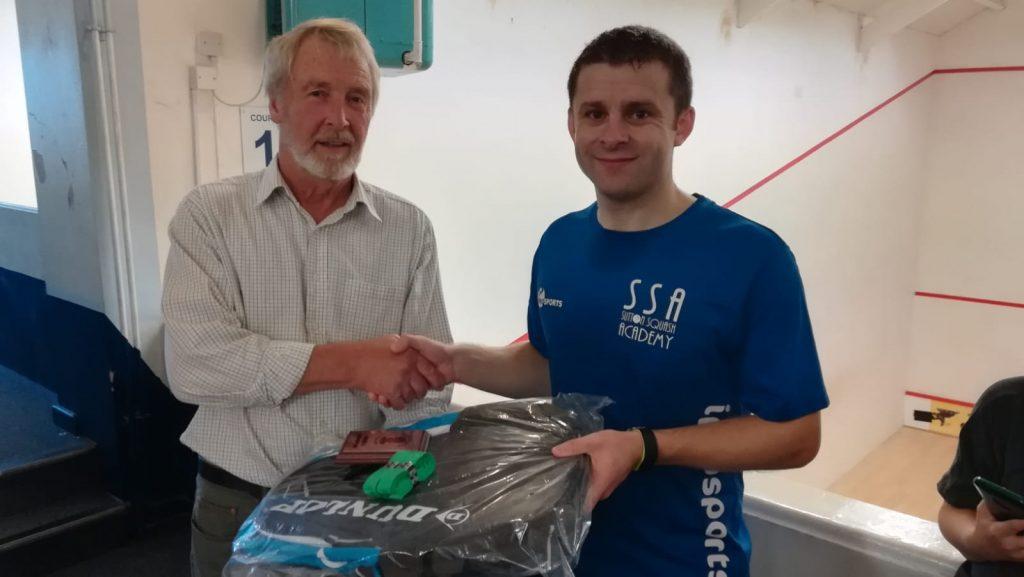 The Squash 57 county closed took place at Coventry and North Warwickshire sports club at the weekend.

In a repeat of last years final, Chris Hall retained the men’s title with a 3 game victory over Jason Pike. Pike earlier having battled past the host club’s Howard Lancashire in 4 games. The ‘B’ event was won by Joe Faulkner who beat Coventry’s Sam Palmer in the final. In an all Coventry final, Kevin Burrows took the O40’s against Darren Chatland. Kenilworth’s Martin Shanahan was in impressive form to defeat Jon Summers (DL Coventry) in the O50 category whilst Solihull’s Richard Lowe overcame another Coventry player, Richard Freelove, in the O60’s.

A big thank you to Mo Sarwar for organising the event.