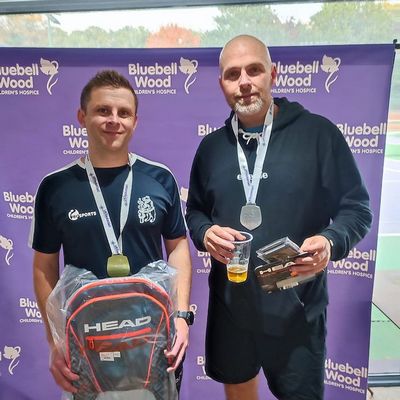 Guy Pearson and Chris Hall performed well to reach the semi-finals, with Pearson losing out 12-10 in the 5th to Matthew, Hall beating losing out to Vail after beating Devon’s Bishop in the previous match.

Hall was also in action in the O35 event, beating Kenilworth’s Sodhi Nat en route to taking the title. Graham Greensall reached the final of the O70 event whilst Andrew Lindsay won the A grade plate.